The area was first settled by Jared Ford in 1842 by William and Mary Larner on a site within the Peters Colony grant. In 1844, the A. W. Perry family claimed land in the area around Trinity Mills where, in partnership with Wade H. Witt, a mill was established.

The English colony, a group of families in the northeastern area of settlement which crossed into Denton County, was home to large landowners including the Furneaux, Jackson, Morgan, and Rowe families. It is most likely that Carrollton was named for Carrollton, Illinois, the original home of many of these settlers.

Located in the heart of the Dallas-Fort Worth area, the City of Carrollton is a vibrant corporate and residential community. The City's location and business cost advantages attract and support a diverse local economy with over 9,000 businesses calling Carrollton home. Residents are drawn to the City for its high quality of life, abundant parks, schools and safe neighborhoods.

MLS# 14507164 - Built by Kindred Homes - February completion! ~ Step inside this bright beautiful open concept home with a front view of the beautiful dog park. Your chef...

Courtesy of Robert Elliott and Associates

This Carrollton one-story home offers granite countertops, and a two-car garage. This home is vacant and cleaned regularly.

MULTIPLE OFFERS RECIEVED,SELLER HAS MADE A DECISION. WE ARE CURRENTLY ACCEPTING BACK-UP OFFERS. THANK YOU FOR YOUR TIME!! Newly updated home in Carrollton with open f...

Welcome to this wonderful two story home located on a corner lot. Inviting entry with closet. Living room with high ceilings and fireplace is open to dining room. Bedroom...

This house is everything you need with a huge downstairs Master, remodeled kitchen with granite counters, a butlers pantry, 3 bedrooms upstairs, an upstairs living with a...

Welcome Home! If you are looking for a move in ready home with updates, you have found it. This is one of the largest floor plans in this neighborhood and when you step i...

Value of property is in the land. Perfect location for business venture, apartment complex or shopping strip.

Fabulous find in Carrollton with 3 bedrooms and 2 living areas. Light and bright open floor plan that is ideal for entertaining. Easy access to the private side yard ju...

Perfect opportunity for a handy home buyer or investor looking for another flip or rental property! Lots of upside potential with this Fox and Jacobs diamond in the roug...

What a beautiful, updated Nob Hill home in Carrollton! Walk in to an open living area with a nice FP, gorgeous Austrailian Cypress wood floors, and replaced, double hung ...

This 1 story beauty feels like home the minute you pull up. Immaculate and move in ready! The living room is warm and inviting, centered by a gas fireplace. A spacious br...

Welcome to a beautiful home for your lovely family. Loaded with upgrades. 2 bedrooms and 2 full bath downstairs. Plus 3 bed 2 bath upstairs. Soaring ceilings in living ro...

Located within a desirable neighborhood in Carrollton less than one mile from Lancaster Recreation Center and Cedar Valley College, this three bedroom, two bath home spor...

HIGHEST AND BEST BY SUNDAY JAN 24 5PM. Easy access to work anywhere in the metroplex and then return home to unwind with all of the amenities the 2 HOAs offer--golf cours...

MULTIPLE OFFERS RECEIVED. HIGHEST AND BEST OFFER DUE 1.17.21 AT 5PM. PLEASE CALL WITH A NY QUESTIONS. LARGE 4 BEDROOM 2.5 BATH HOME CONVENIENT TO EVERYTHING IN CARROLLT...

FALL IN LOVE WITH THIS 3 BEDROOM, 2 BATHROOM WITH A GAME ROOM & OFFICE IN NORTH CARROLLTON! Two story house with so much light and good vibes. The kitchen is a chef's dre...

BACK ON THE MARKET!!! Come see this perfectly maintained 5 bed 4.5 bath home that has a media room, a large game room and a secondary living room all on the second floor ...

Beautiful 3-bedroom home features sustainable landscaping, a great floorplan and lots of natural light in the highly desirable Reserve on Parker. The open floor plan has...

Offer deadline is 1-17 at 7pm. This 2 story townhome in exclusive Country Place sits on a quiet cul-de-sac, backing up to a greenbelt and within a few minutes' walk to a ...

The romance, strength and aristocratic ambiance of French Normandy architecture are manifest in this beautiful over 4,000 sq. ft. gated home, located on a cul- de-sac in ...

BEAUTIFULLY UPDATED AND STYLISHLY UPGRADED TO APPEAL TO THE SAVVY BUYER, LOCATED IN THE SOUGHT-AFTER HIGH MEADOW OF INDIAN CREEK SUB-DIVISION, YES, IN LISD! Perfect flo...

Situated on the Greenbelt and overlooking the trail, this beautiful single-story home is the epitome of privacy. Upon entry, relax in the open living room with wood-like ...

Courtesy of Compass RE Texas, LLC

Come see this lovely home in the quiet Carrollton neighborhood of Carillon Hills. Kitchen has plenty of counter tops and ample cabinets plus large eat in area. Beautifu...

I can not say enough about 1603. This magnificent home features 5-3-2 with a pool! When you see this home think mid century build with a 21st century finish. It's the lit...

Courtesy of The Michael Group

Listing courtesy of The Michael Group.

Total updated four bedroom home with no backyard neighbor. This home is centrally located in Carrollton easy access to PGBTP & I35. and on the blue trail (4.25 mile) whi...

Rolling Oaks Residential consists of ± 23.73 acres of raw land located in the middle of multiple residential communities in Carrollton, TX. The property lies in the south...

Property painted and refurbished with new flooring in living and dining. Gazebo in pretty backyard is ready for Spring enjoyment. Extra Storage building included and no...

Build your own office in Devonshire Office Condominiums. Picture is possible elevation for office. Other offices in area include Medical, Dental, Day Care, etc.

Newly remodeled home in a highly sought-after neighborhood right in the heart of Carrollton. Conveniently located near Shopping and Commercial districts with easy highway...

Beautifully updated townhome with lovely park views of trees and greenbelt from living, dining, kitchen, and master. Backyard has a spacious patio to enjoy outdoor living...

Perfect Townhome with private Owners Suite on first level! This home welcomes you with neutral tile and carpet, soaring ceilings with a light streaming in, and a well-des...

Location! Location! Beautiful one story home in an interior lot. New Granite, Fresh paint in and out. No Carpet. 3 bedroom and 2 full bath, Open concept kitchen has a lar...

Courtesy of Rogers Healy and Associates

Walk to H-mart. Easy access to freeway(George Bush T.P.K). Water and trash are provided by the HOA.

This house has so many updates. Roof replaced on 2015, bathrooms and Kitchen updated on 2019. All floor has been replaced on 2019 with ceramic title. Kitchen and heater w...

Gorgeous two story lay out with 5 Bedrooms and 3 baths with the Master upstairs. Come relax on the front porch in this quiet neighborhood. Walk in and see a spacious livi... 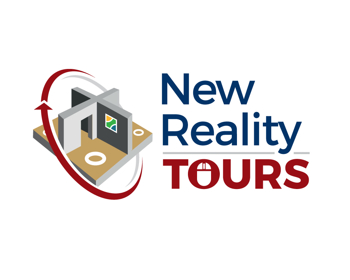